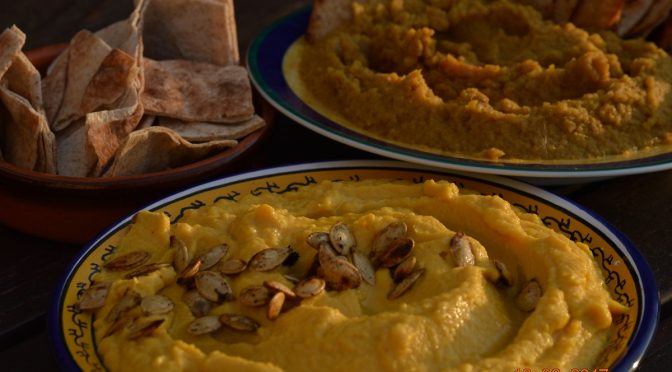 I always make pumpkin pies for Thanksgiving, and I like to make them “from scratch,” with real pumpkin, not canned. It’s so easy — why not? All it requires is to slice the pumpkin in two, scoop and scrape out seeds and pulp (and set aside for roasted pumpkin seeds), oil, and place face side down on a roasting pan in a 350 degree oven for about an hour. At the end of the cooking time, remove from the oven, cool, and easily scoop out the pumpkin flesh.

And of course there are the seeds, which I’m munching as I write. You don’t get those with canned pumpkin! I put them in a colander with the pulp, run cold water over them, rubbing the seeds and pulp together. The seeds easily pull away, and I discard the pulp. Usually I dry the seeds briefly, then oil and salt them and oven roast in a shallow pan. This time, for some reason, I decided to pan roast them in a cast iron pan. I had just made some sweet pita in that pan using maple syrup, and I was too lazy to wash the pan, so I just threw in the seeds over the bits of darkened maple syrup and stirred constantly until they browned slightly and voila! Done. Delicious.

There are so many ways to use pumpkin that I can’t even count them. I get my inspiration from Morocco most of the time. Those folks love pumpkin and are so creative with it! Pumpkin soups, kibbee, stews, stuffed.

This week I’m going to share two pumpkin hummus recipes, the first with a slightly sweet profile, the second a savory Lebanese version. The Lebanese version didn’t have chickpeas in it, and it was lovely, but I confess to having an aversion to calling things hummus that don’t have chickpeas since in both Hebrew and Arabic, “hummus” means chickpeas as well as the “dip” in which they are used. When I finished the slightly sweet hummus, I had a few extra chickpeas, so I threw them into the Lebanese hummus mix, and it was delicious. I could have used more and will next time. 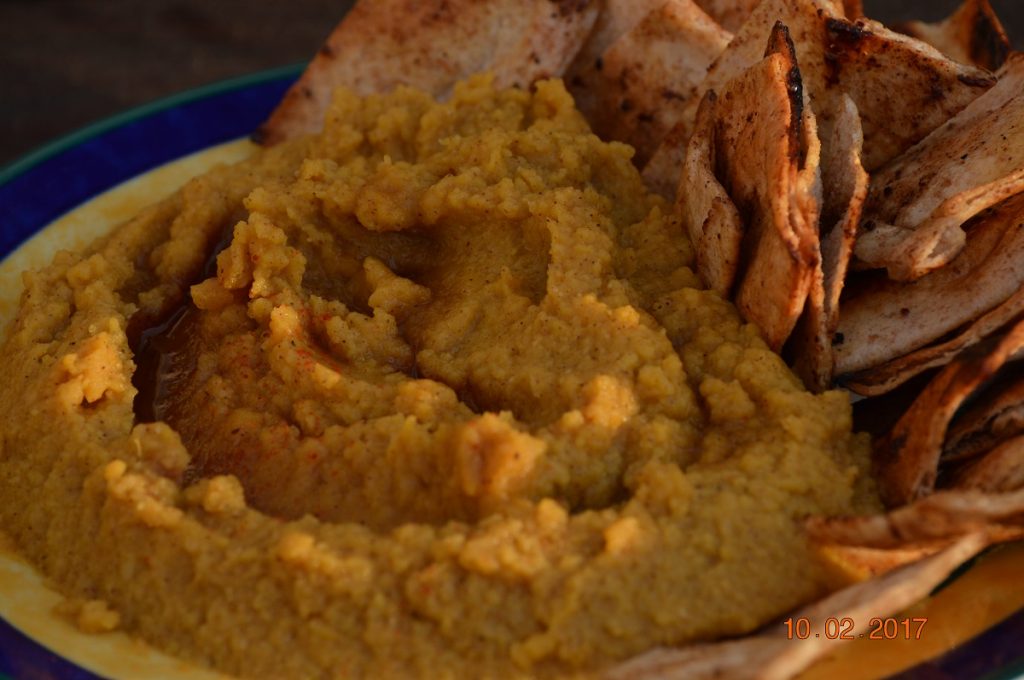 Blend the following until as smooth as you like it:

For the “chips” on this one, I use whole wheat Lebanese pita, available in the Middle Eastern section of many stores. Cut it into chips and oven-crisp at 200 degrees until lightly toasted. Remove, cool and bag up for use later.

For this slightly sweet hummus, I stirred the chips in a hot pan for a few minutes with a bit of olive oil, maple syrup and cinnamon. Yum. 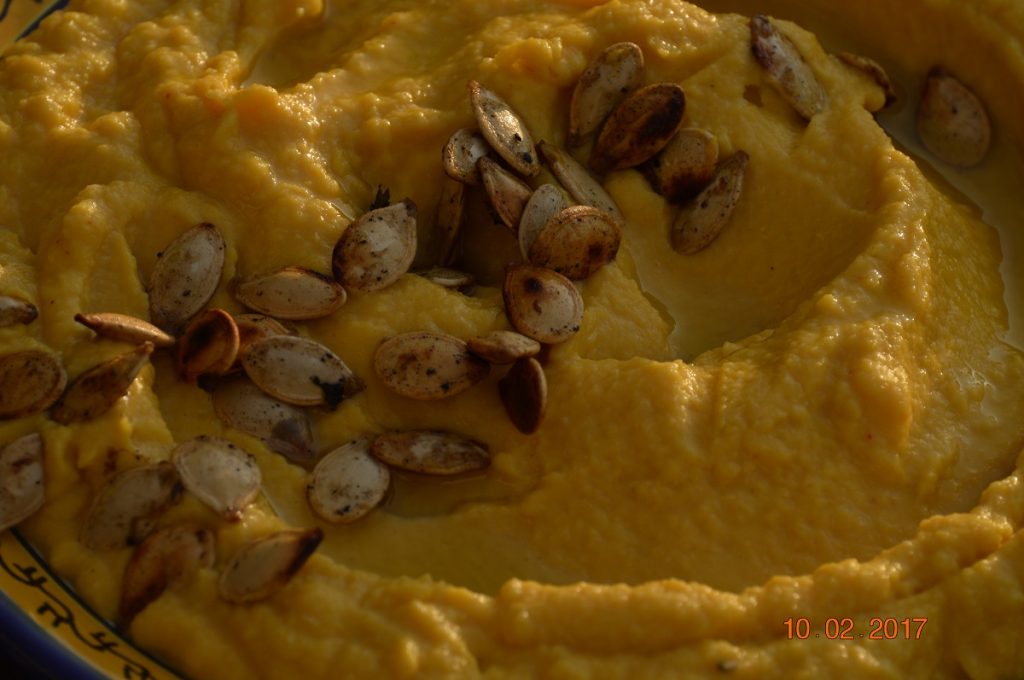 Blend the following until as smooth as you like it:

Serve this one with the regular pita chips from the Lebanese pita, not sweetened. Enjoy these delicious variations on a classic Middle Eastern favorite.

2 thoughts on “Nothing against my favorite, pumpkin pie…but there’s so much more!”