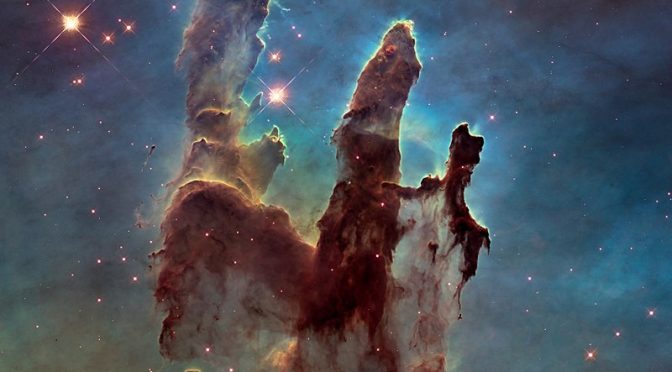 Jewish tradition teaches that G-d can only forgive transgressions bein Adam l’Makom, those transgressions we commit against G-d. G-d cannot forgive transgressions bein Adam l’havero, between us and our fellow human beings.  Therefore, before Yom Kippur, the Day of Atonement, we apologize for ways in which we may have hurt others, intentionally or unintentionally. In this way we enter the Day of Atonement ready to engage in the process of teshuva, or “return” to the path of fulfillment and joy.

“Teshuva is about renewing a relationship that has been sundered, not simply curing one party’s guilt. It is about curing a hurt that has caused a rift between parent and child, husband and wife, brother and sister, friend and friend. As much as is possible, it returns things to the way they used to be.”

If there is a section of the Torah that comes immediately to my mind when I hear the phrase, “the way they used to be,” it is the first three chapters of Bereishit, Genesis. I am reading those chapters this week, very carefully, as I prepare to begin the cycle of Torah readings once again on another holiday coming soon, Simchat Torah, rejoicing in the Torah. This section comes to my mind because it describes an ideal world, a beautiful, lush, creative, harmonious world…a world in which no creature kills another for food or any other purpose.

The key word is “harmonious.” The world in the first three chapters of Bereishit is not one in which there is no violence because everything is the same. In fact, this is a world rich with difference. Creation is all about differentiating one thing from another, and as creation proliferates, so does difference — and G-d sees that it is all good.

This vision has always led me to think that the path to a world of beauty, joy and fulfillment is not involved in reducing differences, whether they are religious or cultural or political or racial…but in rejoicing in them, seeing them as good, and respecting the wisdom that makes us all experience and see the world in different ways. At the same time, I believe our greatest ethical challenge as human beings is to overcome our fear of and sense of superiority toward “the other.”

In recent years, I have begun to extend that appreciation for difference beyond the human realm. Increasingly I see that human superiority (whether in intelligence or emotion or compassion) is nothing more than a construct — one created by those who place themselves at the top of that pyramid. In reality, other creatures on the planet have different ways of being intelligent or emotional or compassionate, perfectly suited to their environment and survival requirements.

And yet, as Yuval Noah Harari, Israeli professor of history and the author of the international bestseller Sapiens: A Brief History of Humankind, says of factory farm animals: “The disappearance of wildlife is a calamity of unprecedented magnitude, but the plight of the planet’s majority population—the farm animals—is cause for equal concern.  In recent years there is growing awareness of the conditions under which these animals live and die, and their fate may well turn out to be the greatest crime in human history. If you measure crimes by the sheer amount of pain and misery they inflict on sentient beings, this radical claim is not implausible.”

As I find ways every day to expand my own consciousness of the times my awareness of and appreciation for “the other” fails me, my hope is to do my part in tikkun, repairing the world, “curing a hurt that has caused a rift” in creation. As I return to that extraordinary vision in the first chapters of Bereishit, I want to be part of returning or bringing our world closer to powerful potentiality.