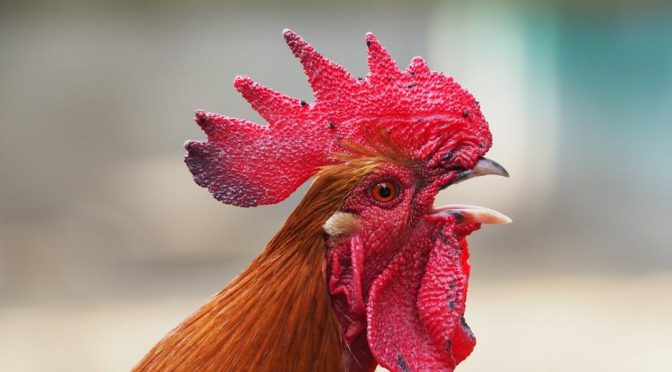 One of the things I have noticed and commented about as I have read the Torah story about animals is that they progressively lose stature in relation to human beings: “Gone are the days in the Garden when animals, as much as humans, speak and act in the unfolding story of creation. Now humans are the only actors, and animals are either “beasts of the field” or domesticated, mutely serving humans in a variety of ways…” This is the animals’ story in Genesis — a loss of status in creation.

As I try to understand how we came to use, kill, eat, even abuse animals so thoughtlessly, one answer as I read the text is that we regard ourselves superior to them. Better to kill and sacrifice an animal as payment for a sin we commit than a human being. But how did we arrive at this idea? Was it more than mere anthropocentrism?

In Sapiens, Yuval Noah Harari talks about the evolution of religions from animism to polytheism to monotheism. Of animism, he says, “When animism was the dominant belief system, human norms and values had to take into consideration the outlook and interests of a multitude of other beings, such as animals, plants, fairies and ghosts…Hunter-gatherers picked and pursued wild plants and animals, which could be seen as equal in status to Homo sapiens. The fact that man hunted sheep did not make sheep inferior to man, just as the fact that tigers hunted man did not make man inferior to tigers. Beings communicated with one another directly and negotiated the rules governing their shared habitat.”

Conversely, “farmers owned and manipulated plants and animals, and could hardly degrade themselves by negotiating with their possessions. Hence the first religious effect of the Agricultural Revolution was to turn plants and animals from equal members of a spiritual round table into property.”

This thought and the contrast Harari presents fascinate me from several directions. Possibly the first chapters of Genesis do more than merely preserve elements of a folkloristic past, subdued because it was rejected. Perhaps these chapters are not only visionary but preserve the memory of a transition from a hunter-gatherer society to an agricultural society and with it the memory of a time when humans didn’t see themselves superior to other living beings. This thought helps me begin to understand how a text that brings us the extraordinary vision of Genesis 1-3 also presents us with a system of sacrificing animals in our stead and eating them.

Once humans make the full transition to a world in which “plants and animals are no longer equal members of a spiritual round table” but are mere property, “commodities,” as I call them, it is an easy step to succumb to another evolutionary trait Harari identifies, our sense of us vs. them: “Evolution has made Homo sapiens, like other social mammals, a xenophobic creature. Sapiens instinctively divide humanity into two parts, ‘we’ and ‘they’. We are people like you and me, who share our language, religion and customs. We are all responsible for each other, but not responsible for them. We were always distinct from them, and owe them nothing. We don’t want to see any of them in our territory, and we don’t care an iota what happens in their territory. They are barely even human.“ — or in the present conversation, “they” (animals) are not human and so have less value.

Granted, the Torah never presents the idea that animals are commodities explicitly or comprehensively. It is clear in various stories I have discussed in the course of my study that veganism is a preferred, if unrealistic, ideal. Torah vocabulary signifies profound similarity between humans and other creatures while leaving the difference somewhat vague: both animals and humans are “basar” (flesh, meat, carcass, material substance) and “nefesh” (soul, flesh animated by the breath of G-d). Only humans are Tzelem Elokim, “in the image of G-d,” but it’s not entirely clear to me what that means or how it differs from nefesh. Rabbinic interpretation tells us it refers to moral discernment, and I’m comfortable with that for the most part — yet it’s a precarious difference. Any moment in which human beings fail to exercise moral discernment is a moment in which they are fully animal and in no way superior to other creatures.

Why is it important how we came to the view that humans are superior to animals and the environment and on what basis? Because that worldview led in contemporary times to our crimes against other life on the planet and our environment. Only by seeing other life and the planet as commodities can we breed animals solely for the purpose of short lives of suffering so we can kill them to satisfy our appetites. Only by seeing the environment as a commodity can we take from it whatever we want without thought for its well-being — unless we simply exclude this activity from view and consciousness, as manufacturers strategically do. Ultimately, though, that separation from the reality of factory farms and environmental destruction doesn’t relieve us of either responsibility or consequences.

The possibility that the biblical text presents as vision a memory of an animistic world view suggests so many possibilities to me in terms of how we heal our world today. Here are some of my thoughts:

Taking from those models, perhaps we can begin to deconstruct our us-them mentality and our superiority complexes. We can, as in the first chapters of the biblical text, learn from others, including from other creatures on the planet and from our environment as we let them speak to us. We can learn from the wisdom of ancient traditions, no view perfect but each with a glimpse of “truth.”

3 thoughts on “Animals in the Bible”