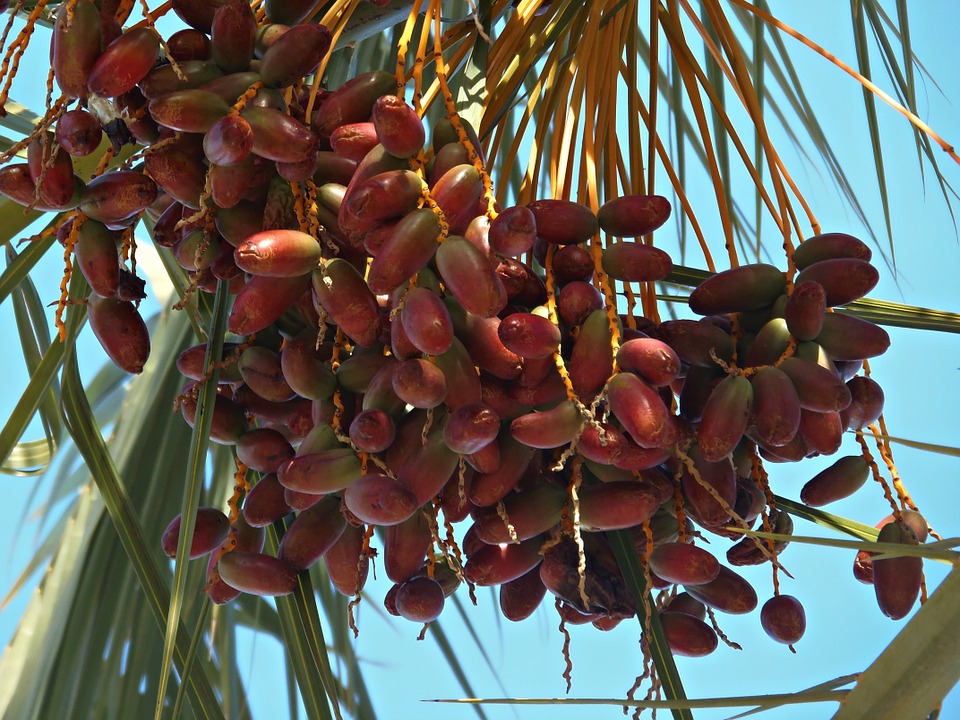 The first three chapters of Genesis tell us the entire story of the Torah. As one of my teachers used to say about Jewish ritual, it’s the “microcosm of the macrocosm.” If I am actually able to work through a year of Torah portions, eventually I’ll arrive at Bereishit, and I’ll write more about those chapters.

And so it was that the Ten Plagues in my last post portrayed a roll back of creation into primordial darkness, void and emptiness in Mizraim (Egypt) – the “narrow place.” That story was a reflection on the results of wrong relationships between human beings, transcendence and nature. It was a world of relationships built on power and dominance.

This week’s story is a teaching about how right relationships work, built on interdependence and trust. The section from this week’s Torah portion, Beshallach (Ex 13:17-17:16), where I’m focusing, references both those first three chapters of Genesis and the Ten Plagues of last week’s portion. I’m looking here at Exodus 15:22-16:7, a story of sufficiency and scarcity, faith and lack of faith, and as always, the deep interdependence of nature, human life and transcendence.

In my unpublished Masters thesis, I looked at narrative chiasms in Genesis, a frequent biblical literary device. Rabbi Jonathan Sacks points to the chiastic structure of Beshallach, beginning and ending with a battle and featuring crossing the Red Sea as the turning point of the story. He suggests the meaning of this crossing is to represent a passage from one state of being to another.

I also notice another chiasm within the story, a chiasm within a chiasm: Exodus 15:22 begins after the sea crossing, after Miriam’s song, and describes Israelite discontent over their thirst and lack of water at Mara (bitter), where the water is bitter and undrinkable. The section ends at 16:7, another story of thirst and discontent over lack of water at Massa (testing) and Meriva (argument). Between these two events is a story of hunger and profound discontent in the wilderness, where G-d responds with quail for meat in the evening and manna for bread in the morning.

Following the crossing of the sea, a story when there is too much water, water that parts to allow the Israelites to cross and consumes the Egyptian army, we arrive at a story bracketed by water scarcity. The turning point of the story is food scarcity, and the teaching comes through food. Details of the story suggest some ways to think about it.

OTHER DETAILS OF THE SECTION: MURMURS & RESPONSES

The Hebrew root “lun” (lamed-vav-nun) occurs repeatedly, at least once in each of the water scarcity segments and more than five times in the food scarcity segment. The verb means “murmur,” as a noun, “murmurings.” Other translations include grumble, mutter, complain and protest. The word communicates a sense of half-suppressed dissatisfaction.

Through the story, the murmuring becomes more audible, more specifically and vehemently voiced in a crescendo of complaints: At first, in the Wilderness of Shur when the Israelites arrive at Mara, they just murmur, saying, “What shall we drink?” (Ex 15:25)

Then, when they arrive at the Wilderness of Sin after 3 days journey following their stay in Elim, a relative paradise: “Would we had died by the hand of the Lord in the land of Egypt when we sat by the flesh pots, and when we ate our fill of bread; for you have brought us out into this wilderness, to kill this whole assembly with hunger.” (Ex 15:3).

Finally, during the passage from the Wilderness of Sin to Rephidim, the Israelites murmur again: “Give us water that we may drink…Why is it that you have brought us up out of Egypt, to kill us and our children and our cattle with thirst?” Now their complaint is not just for themselves but for their cattle, and it is accompanied with a demand: Give us water.

Moses is fortunate. On each occasion, G-d speaks with him, reassuring and instructing him. Still, Moses’ own sense of outrage over the doubts of the people he leads grows with each instance.

In response to the first instance of murmuring, Moses cries to the Lord, “and the Lord showed him a tree, which when he had cast into the waters, the waters were made sweet.” In words that refer back to the plagues brought on the Egyptians, G-d tells G-d’s people, through Moses, that if they follow the commandments, G-d will spare them the diseases brought on the Egyptians, “For I am the Lord that heals you.”

On the second occasion, Moses doesn’t even need to cry out. G-d is immediately present for him with a solution: “I will rain bread from heaven for you; and the people shall go out and gather a certain portion every day, that I may test them, whether they will follow my Torah or not. And it shall come to pass, on the sixth day when they shall prepare that which they bring in, that it shall be twice as much as they gather daily.” (Ex 15:4)

As Moses and Aaron relate this solution to the people, Moses exclaims, “What are we, that you murmur against us?…your murmurings are not against us but against the Lord.” (Ex 16:8)

In the course of the story of manna, Moses becomes angry when the people fail to follow his instructions on how to gather and prepare the manna. Some left it until morning, and it gathered worms and stank.

Finally, on the third occasion of murmuring, at Massa and Meriva, when the people “strive” with Moses and demand water, he says to them, “‘Why do you strive with me? Why do you tempt the Lord?’…And Moses cried to the Lord, saying, ‘What shall I do to this people? They are almost ready to stone me.'”

G-d immediately responds with another reference to the plagues of Egypt: “Pass before the people, and take…the elders of Israel and your rod, with which you smote the river, take in your hand, and go…I will stand before you there upon the rock in Horev, and you will smite the rock, and water will come out of it that the people may drink.”

The crescendo of murmurings through the chiasm parallels the growing intensity of Moses’ responses and G-d’s constant and steady responsiveness. The good news here is that despite the growing agitation of the people and Moses’ growing alarm and impatience with them, G-d hears their murmurings: “Come near before the Lord, for He has heard your murmurings.” (Ex 16:9)

Just after the first episode at Mara when bitter waters become sweet and drinkable and G-d indicates G-d’s role as “healer” if the Israelites follow the commandments, they arrive at Elim, “where there were twelve springs of water and seventy palm trees, and they encamped there by the water.” I want to consider, for a moment, that extraordinary time. The Israelites have not just the sweet and drinkable water for which they thirst but water from twelve springs — and plenty to eat, represented in the palms.

A grade-school science site shares these amazing details about the date palm: “The date fruit is about 58 percent sugar and contains some protein, fat, and minerals… The single grooved seed of a date fruit yields oil. The seeds also can be ground up for a coffee substitute or for camel feed. The trunk and the sturdy midribs of the leaves are used to make crates and furniture. The leaves are woven into baskets. Date cluster stalks are made into rope or burned for fuel, and the fiber makes good packing material. The sap is drinkable. It can also be boiled down to make palm-sugar candy. The bud tips can be eaten as a salad.”

To state the obvious, life is just like that, isn’t it? From times of extraordinary plenty and tranquility to times of scarcity and hardship. And it’s the hard times that require faith in a better future, faith that this moment will not last for eternity, that this moment will inevitably shape us but not fully define us.

And this brings me to the final detail I want to mention, and that is, the omer of manna. Each Israelite is to gather an omer, no more and no less, each morning and cook it and prepare it as they will and finish it by nightfall. Those who gather more find themselves with just an omer — and those who don’t gather enough also have an omer. If they don’t use up their portion that day, by morning it has worms and stinks.

The entire sequence, water-food-water, is experiential learning, with the central episode of the manna providing the key to the learning experience. The sequence is a lesson in “right” and harmonious relationships. Israel must learn to trust and depend on G-d, who with each incident “hears” and provides.

But there is more: another part of the lesson is social and ecological. When all is in balance, when our relationship with transcendence, our neighbors and the earth is harmonious, each person has according to their needs and no one can take more than what they need. We are dependent on nature, transcendence and each other, and we must learn to trust in our interdependence.

The Israelites are to gather an extra portion on Friday since there will be none on the Sabbath. That which is left over at the end of the day Friday neither has worms nor stinks the next morning, and if anyone tries to gather on the Sabbath, they find nothing. Again, survival depends on trust and taking from the earth what is necessary and appropriate, fulfilling one’s needs without greed. A day without gathering…learning to trust that what’s needed will be there. This is a very different idea than saving up for a rainy day!

The story of the manna provides a glimpse of the harmonious relationships of Eden, when greed is not in the picture and each has enough for their needs, when nature and human beings are in harmony with each other and transcendence.  A weekly pause from marching and gathering and creating and building and taking care of one’s own needs reminds the Israelites they are not dominant but dependent on G-d and nature.

Moses tells the Israelites to enshrine a jar filled with one omer of manna, putting it “before the Lord,” as a reminder throughout the generations of this balance, this interdependence, this time when all receive according to their needs and no one can rape the earth or their fellow Israelites. The center point of the manna, between the waters, tells us that for a time, the harmonious relationships of Eden are restored. Sadly not everyone gets the message or the experience, and so they move on to more drought. Even that, though, is not an ending.