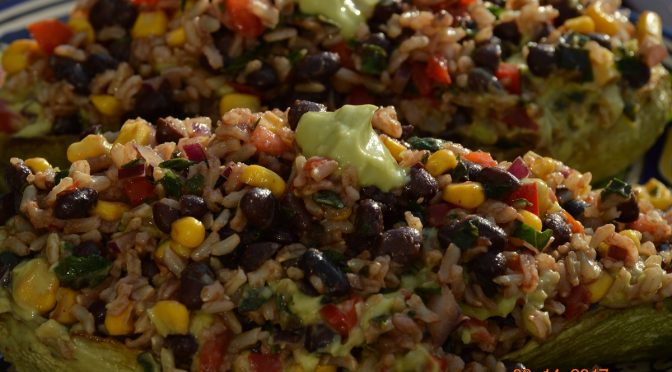 Published this week in my CSA newsletter, Bob’s Fresh and Local.

Years ago I had a cookbook called, Too Many Tomatoes. I remember the chapter on zucchini that featured Zucchini Chocolate Cake. Wow, was it good!

Another thing I like to do with zucchini is stuff them…well, sort of. What I really like to do is halve the zucchini lengthwise, scoop out the middle and set aside, rub the halves with extra virgin olive oil, lightly salt and season them with the seasonings that will be in the filling, and roast them. Then I pile one or another delicious topping on the roasted zucchini halves.

Here are two of my favorite toppings: one Mexican influenced, the other Middle Eastern. Some parts are cooked, some raw — and I serve them either slightly warm when they’re freshly prepared or later, cold. I don’t like to roast the whole thing altogether but prefer a lighter summery “salad” approach.

Here’s one more filling/topping from one of my favorite chefs, Yotam Ottolenghi, a Middle Eastern version. In his recipe he uses eggplant, but it works just as well with zucchini: 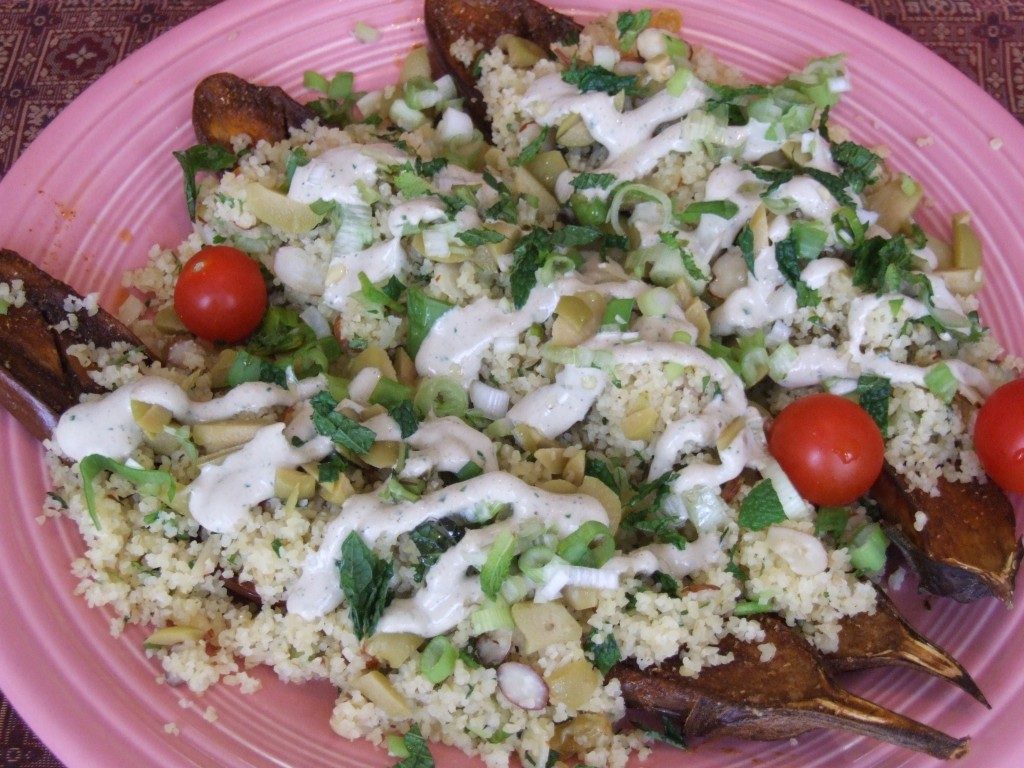 Have fun with this method! Try other versions like Italian or Asian. Oh, and the zucchini pulp you scoop out of the middle? Save it for later use in a pureed soup. I’m going to cook and blend mine with leftover tomato cores from another salad, some onion, a bit of ginger, salt and hot paprika. Yummm!

3 thoughts on “Too many zucchini from the CSA? Never!”